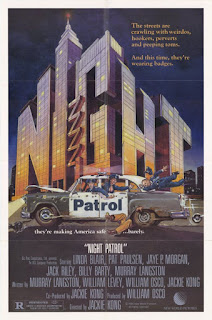 1984s Night Patrol is an odd "comedy" movie that was written by Murray Langston, who curiously enough is better known to most folks as his show business alter-ego The Unknown Comic. He plays Melvin, a schlub policeman who just got demoted to working the night shift and also has a burning desire to be a stand up comedian. A colorful crew of curious Hollywood notables fill out the cast and include: Linda Blair, Pat Paulsen, Jaye P. Morgan, Billy Barty, Sydney Lassick, Pat Morita, and Andrew Dice Clay in an early film role; credited here as Andy Clay.

While Murray Langston was the original screenwriter, several others are credited with assisting on the script and one of them is producer Bill Osco who is also known for being a pioneer in "adult" film making, producing titles such as: Mona: The Virgin Nymph (1970), Flesh Gordon (1974), or Alice in Wonderland: An X-Rated Musical Fantasy (1976). 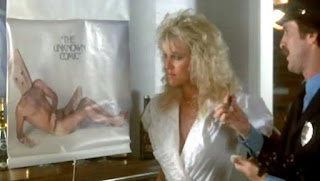 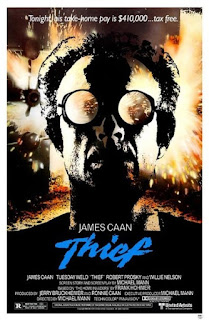 1981s Thief is Michael Mann's directorial debut. He also served as the screenwriter and producer. The film was based on the book The Home Invaders: Confessions of a Cat Burglar by Frank Hohimer aka real-life jewel thief John Seybold.

The stylishly filmed story follows James Caan as the title thief. He operates a very lucrative, high end burglar operation (with Jim Belushi as his assistant and Willie Nelson as his incarcerated mentor) that includes a used car dealership and a bar as fronts for his activities. After his middleman to the fence is killed while returning from the meeting with his sizable portion of the proceeds, his life is turned upside down in a series of trying and troubling encounters with the heavy hitters who have been fencing his stolen goods, unbeknownst to him, for years. 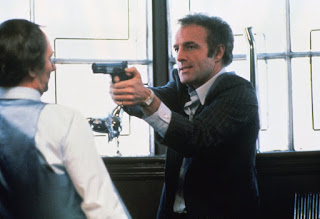 I have multiple airings on early eighties cable television to thank for turning me on to Fort Apache, The Bronx, a modern age noir, crime drama. Paul Newman stars as a veteran cop, trying to do good and keep on the straight and narrow while policing a very active section of New York City. Ken Wahl makes the scene as his equally minded partner with Ed Anser amping up his stern glares and barely checked anger as the newly installed captain. Exploitation favorite Pam Grier vies for a lions share of viewers attention in a too slim role as a malevolent junkie hooker.

During filming local resident groups protested the movies negative depiction of both the area and those living within and threatened to file lawsuits against the production. 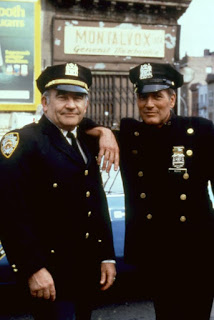 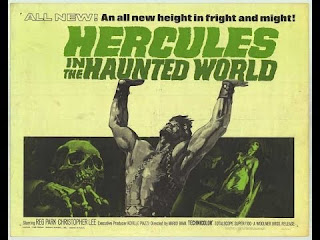 Directed by the prolific Italian auteur Mario Bava (Black Sabbath, Planet of the Vampires, A Bay of Blood, Rabid Dogs, et al.) with assistance from Franco Prosperi, 1961s Hercules in the Haunted World highlights how Bava was able to bring wild spectacles to the screen utilizing a limited budget.

British body builder Reg Park suits up in a toga and sandals as Hercules. He, along with two pals, must venture into Hades in order to retrieve a magic stone; needed to break the spell his gal pal languishes under. Christopher Lee lurks about as a character who on the surface appears to be more helpful than his true nefarious plans and actions betray.

On display throughout this film are Mario Bava's multitude of movie making skills. The backgrounds, set design, and impressive cinematography all stand out; combining to create many memorable visuals. Sadly, Christopher Lee's dulcet toned voice was dubbed over by someone else.