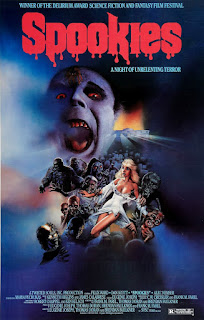 Released in 1986 as Spookies, this movie began as a feature named Twisted Souls.

In 1984 co-writers/directors Brendan Faulkner, Thomas Doran, and producer Frank M. Farel (who would next be an associate producer + actor in Street Trash) agreed to create a horror film for Michael Lee, a British film distributor, in which they followed his specific plot guidelines and then subsequently he would finance their next project. Twisted Souls was their first feature after doing some second unit directing as well as starting several horror films that were never finished.

After viewing a rough cut, that had not yet undergone post production work, Lee removed Faulkner and Doran from further involvement. He brought in Eugenie Joseph to edit some of the existing footage while also shooting a significant amount of additional footage without the original cast, but using the same location, the John Jay Estate. 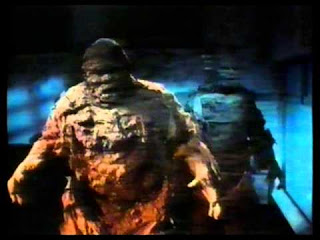 Even for a low budget horror film, the results are truly mixed. According to an oral history (featured on the sadly now defunct film criticism website The Dissolve, which was also especially helpful in my writing this piece and can still be found here) with those involved with the project, much of my preferred portions of the film are elements from the original version. These include the farting mud men in the wine cellar, the spider woman, a grim reaper, little monsters, and a melting she-demon. Conversely, the newer footage is more of a laughable drag on the movie. According to The Dissolve article mentioned above, the "second director... inserted scenes of a Crypt Keeper-type sorcerer, a cat man, a half-dead bride, high schoolers dressed as zombies, and a little boy having a haunted birthday party." Also, for reasons that are never explained, the cat man has a pirate style hook for one of his arms.

Despite the low budget, many of the original special effects are worthwhile and a positive aspect of the film. The crew of young talent creating the effects included Jennifer Aspinall (she also created make-up/effects for The Toxic Avenger, Street Trash, Saturday Night Live, and MadTV), Gabe Bartalos (Leprechaun) and John Dods (known for his work on Return of the Aliens: The Deadly Spawn, Poltergeist III, Ghostbusters II, Death Becomes Her, The Santa Clause, and The X-Files) among others.

Posted by Scott (gotankgo) at 8:57 PM No comments: 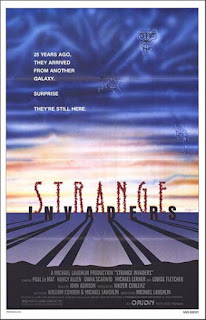 The 1983 film Strange Invaders, from writer/director Michael Laughlin, was originally intended to be the second of a "Strange" trilogy with 1981s Strange Behavior as the first in the series. Unfortunately, this movie failed to find an audience and poor ticket sales meant the third film was not to be.

I was introduced to Strange Invaders from a split review on Gene Siskel and Roger Ebert's At the Movies television show. Couldn't locate it in theaters, but rented it as soon as it appeared in my local video stores new release section.

The plot is a tribute of sorts to 1950s science fiction films, especially Invasion of the Body Snatchers. Aliens land in a rural Illinois town in the late fifties, replacing all the residents, while they slowly study the Earth in order to see what their next move will be. Fast forward to the 1980s as Paul Le Mat's wife, played by Diana Scarwid, has not returned from a trip to that rural town for her mother's funeral. Thing's escalate quickly after Paul Le Mat's harrowing trip to that town results in him uncovering the aliens secret but few others take his claims seriously. 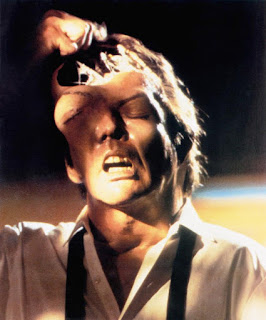 Strange Invaders
reviewed by
Siskel & Ebert on
At the Movies - 1983 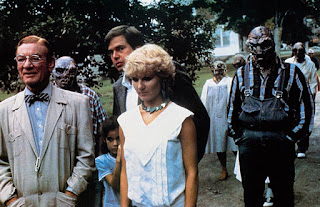 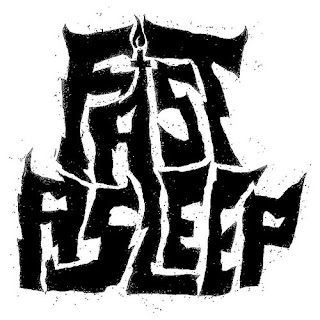 Here's new favorite
Fast Asleep
whose heavy sounds
are on display here
at a show in
Santa Cruz, California
opening for the Cro-Mags
on 17 February 2015.

Posted by Scott (gotankgo) at 5:23 PM No comments: