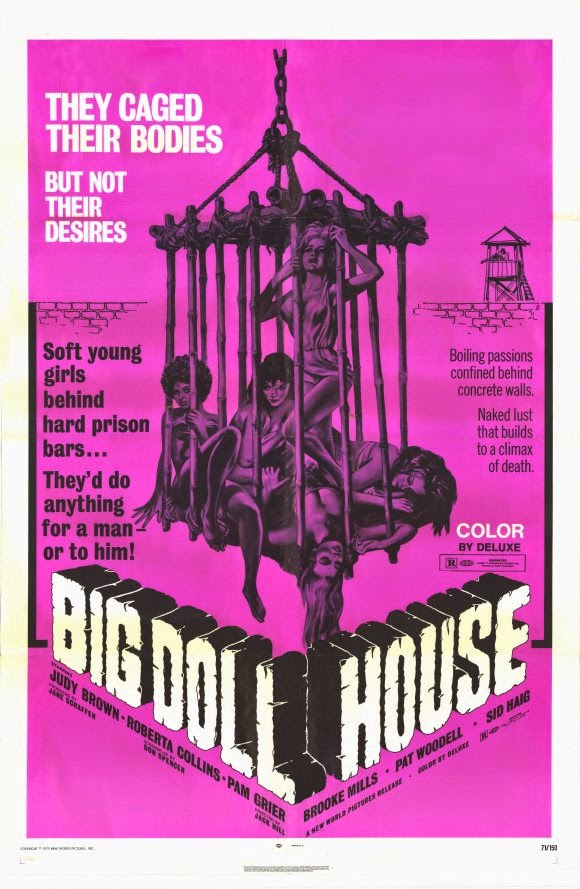 This 1971 women-in-prison genre defining film is another jewel in the crown of skilled director Jack Hill. The Big Doll House was shot in the Philippines and features Sid Haig. This movie is also notable as Pam Grier's first major film role. She also contributed to the soundtrack, performing the song "Long Time Woman." 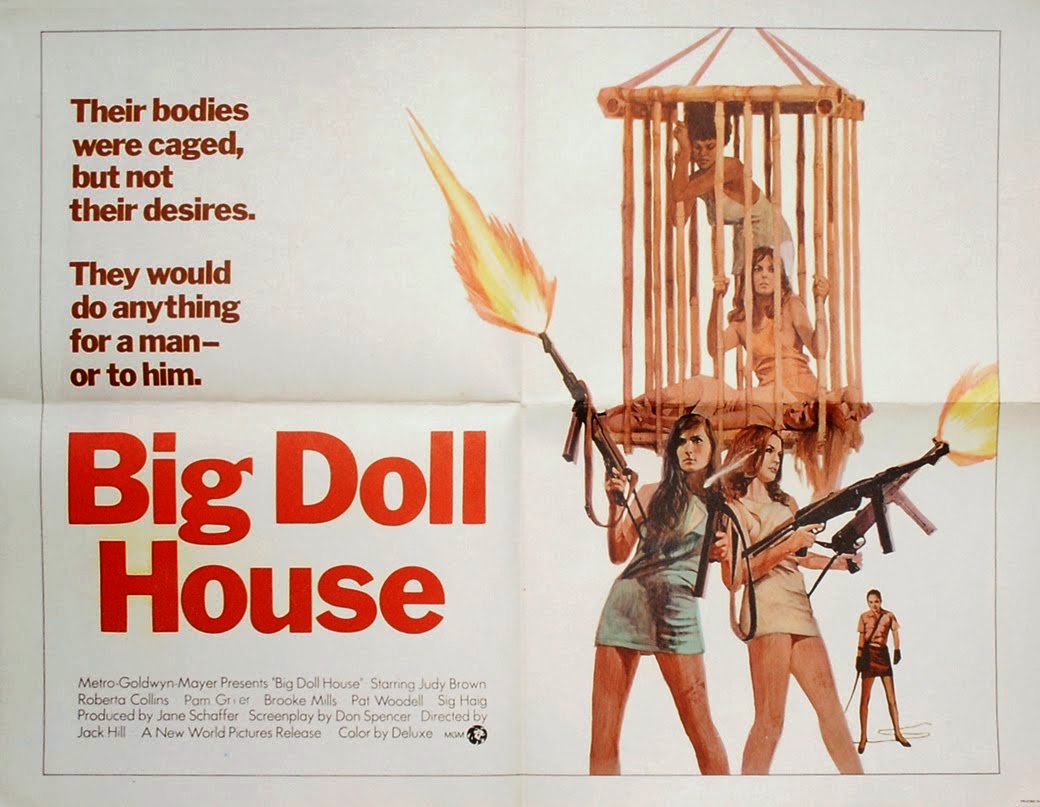 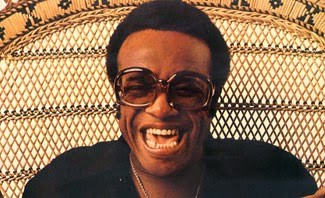 In honor of his recent passing, presented below is a
2013 BBC documentary on legendary
singer, songwriter, producer, and musician
Bobby Womack.

Posted by Scott (gotankgo) at 8:13 PM No comments: 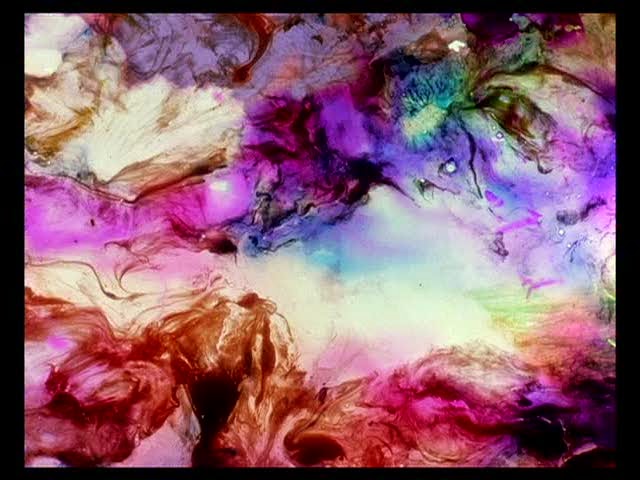 With Dante's The Divine Comedy serving as inspiration, Stan Brakhage's short The Dante Quartet!!! took six years to complete and was released in 1987. Broken up into four parts, titled Hell Itself, Hell Spit Flexion, Purgation, and existence is song; the film's creation was a laborious process with Brakhage painting directly onto existing film stock. He would add thick, extra layers on top of the emulsion; incorporating his own hand crafted design to the stock.

Wikipedia offers this additional insight on The Dante Quartet!!!: "Adrian Danks, writing for Senses of Cinema, described the film as offering 'an obscure, off-centre and idiosyncratic perspective that is difficult to conceive – at least initially – as anything other than a glorious celebration of the experiential and material possibilities of film stock and projected light.'"

With a soundtrack highlighted by the abrasively beautiful Butthole Surfers track "Cherub," Richard Kern's 1985 short Submit to Me provides both brain and eye fulls of darkly sexual and weird entertainment. Featuring Lydia Lunch, Lung Leg, J.G. Thirlwell, and others and written, produced, and directed by Kern. A "friend" told me this short always reminds him of Midwest winters in the mid 80s, gobbling a handful of speedy blotter acid, and kicking back for some mind expanding viewing. 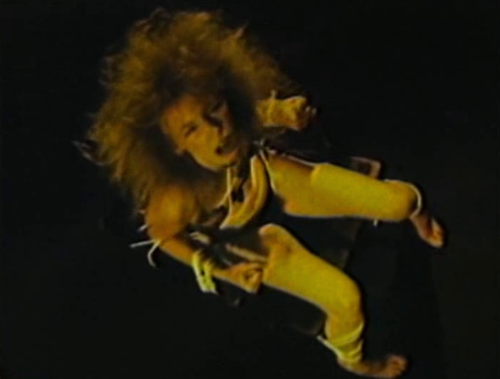 Posted by Scott (gotankgo) at 2:26 AM No comments: 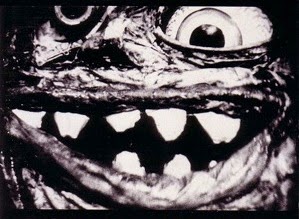 Frank Grow's 1989 short Red and Rosy is a recommended trip into a demented world involving drag racing, animation, found footage, monsters, and thick surrealism; all served and displayed in a dreamy/nightmarish black and white.

Steel Pole Bath Tub liked the film so much that they used stills from Red and Rosy as cover artwork for their Lurch record. I cannot confirm 100% but I believe the robotic monster was created by Mark Pauline and his skilled craftsmen of the apocalypse at Survival Reseach Labs. 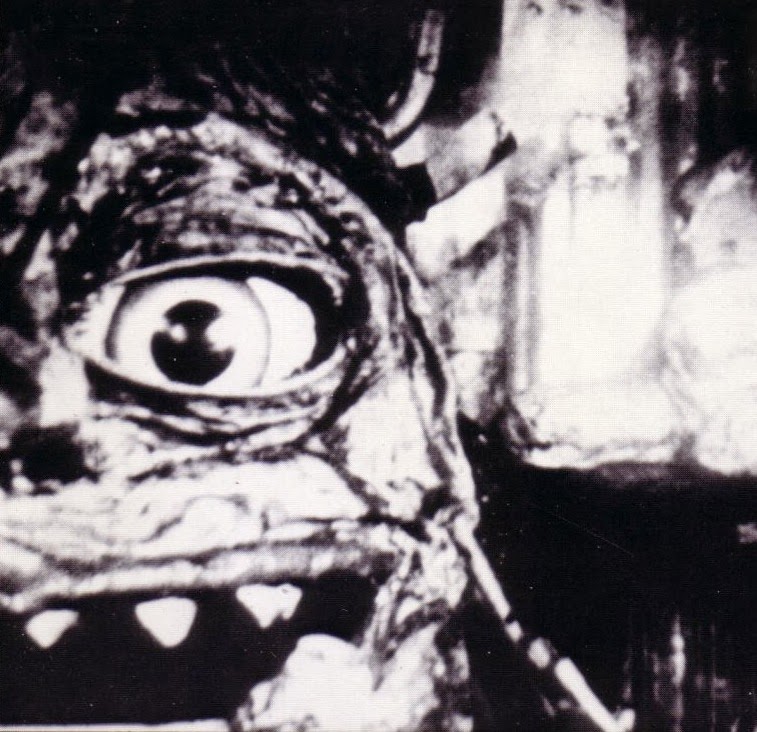 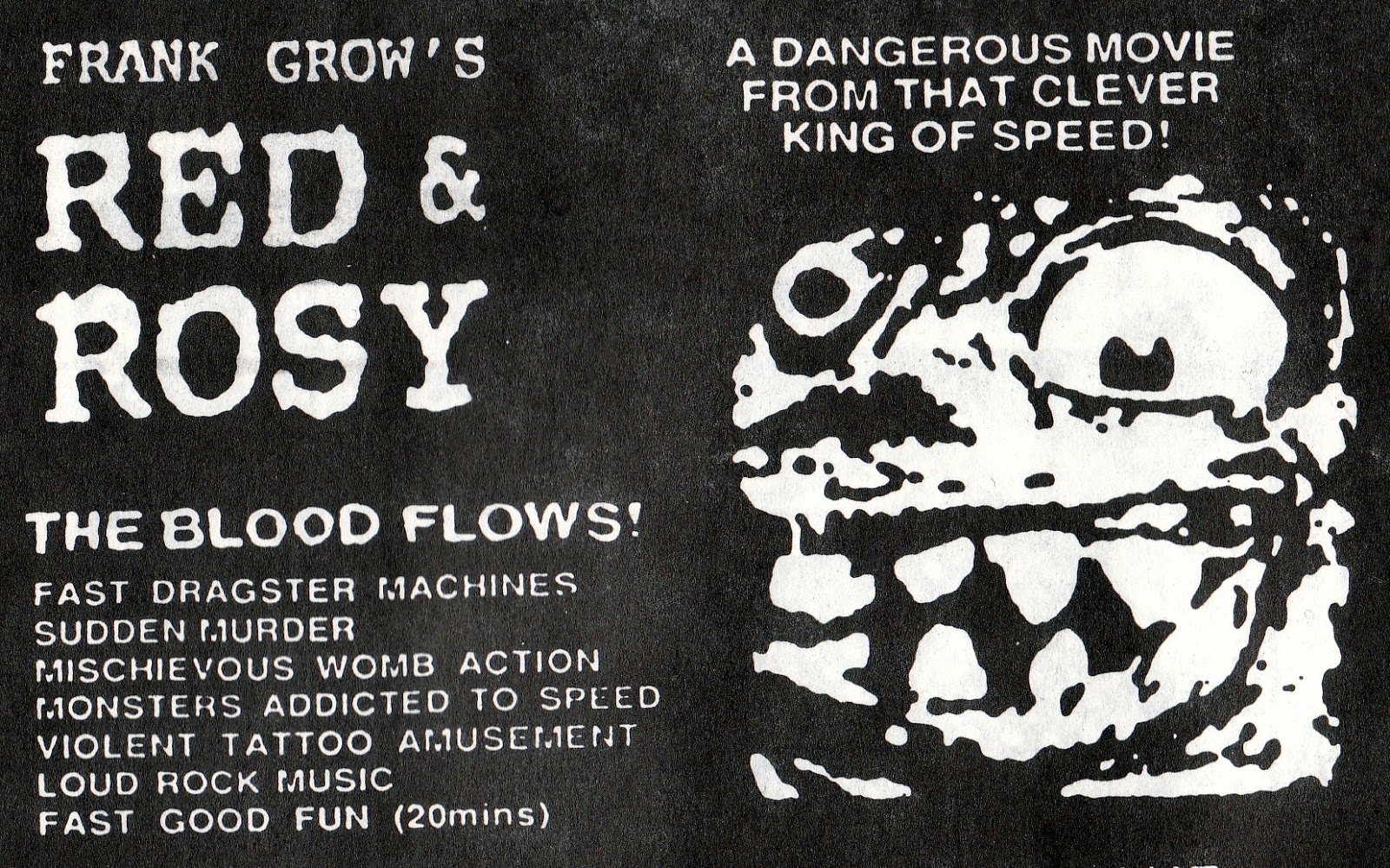 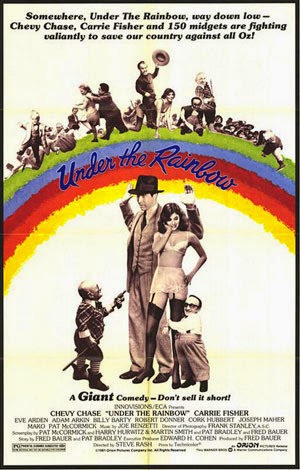 While this 1981 feature tanked quickly at the box office, it soon after found a receptive and enthusiastic audience when Under the Rainbow played repeatedly on cable television in the early 80s; and that's where I first became acquainted with this film. 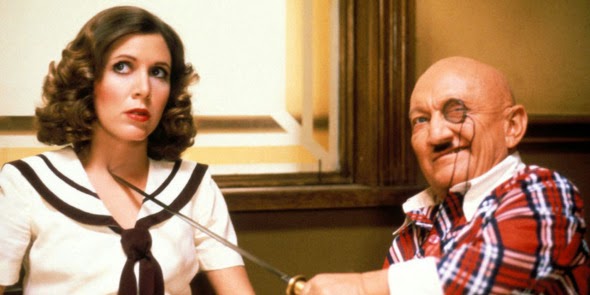 Set in 1938, the plot is an odd one involving the chaotic scenes inside and around a Los Angeles hotel which quickly becomes overbooked and full of rambunctious folks; such as a multitude of little people working on the filming of The Wizard of Oz, Japanese tourists, and even a few secret agents and highly trained assassins. Many great character actors and notable faces round out the cast and include Chevy Chase, Carrie Fisher, Eve Arden, Billy Barty, Pat McCormick, Adam Arkin, Robert Donner, Joseph Maher, Zelda Rubinstein, Tony Cox, and Mako.