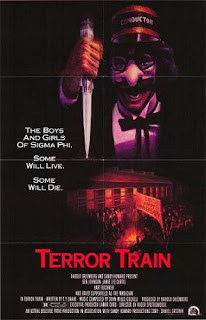 The slasher movie Terror Train is notable for taking place almost entirely on a moving train as well as for the cast members and director.

Jamie Lee Curtis helped cement her scream status with this role. Former rodeo champ and stuntman turned actor Ben Johnson brought a steel eyed gravitas to his role as the doomed trains conductor. Also, the films Canadian producers inserted magician David Copperfield into the film as a magician who both performs and becomes a suspect. 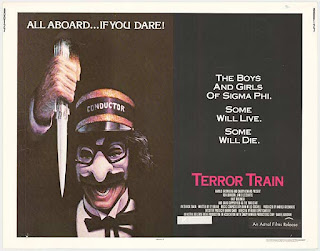 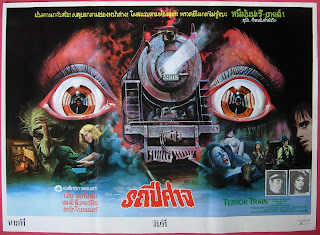 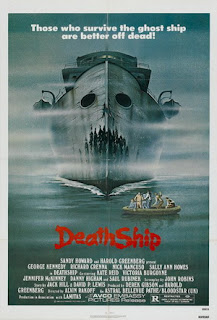 Repost with working trailer and feature.

I've always dug this 1980 floating haunted house movie Death Ship, directed by Alvin Rakoff as one of the many Canadian tax shelter cinematic ventures. Worthy of note is that favorite Jack Hill participated in writing the screenplay.

After their cruise ship has been rammed and sunk, a lifeboat full of survivors comes into contact with the rusting hulk of an aged freighter. Far from a rescue vessel, it's not long after everyone is on board that the ship's dark past creates terror and trouble for all. 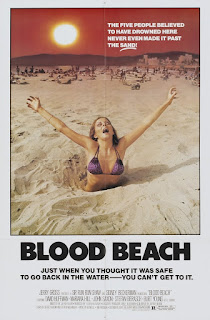 "Just when you thought it was safe to go back in the water - you can't get to it."

John Saxon and Burt Young chew the scenery as frustrated detectives while beach goers increasingly get chewed up by Blood Beach. It's an enjoyable horror romp which might have benefited from a little humor/camp and continues the Jaws inspired terror at the beach theme found in other films such as Tintorera: Killer Shark (1977) or Piranha (1978). A U.S. co-production with Sir Run Run Shaw, Blood Beach was distributed by The Jerry Gross Organization and also features a score from Gil Melle (The Andromeda Strain, Night Gallery, Columbo, Killdozer).

Director and co-writer Jeffrey Bloom was originally a professional magician but went on to extensive television work including episodes of The Dark Room series as well as other films such as Nightmares (1983) and Flowers in the Attic (1987). 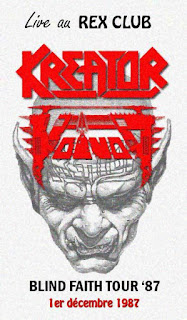 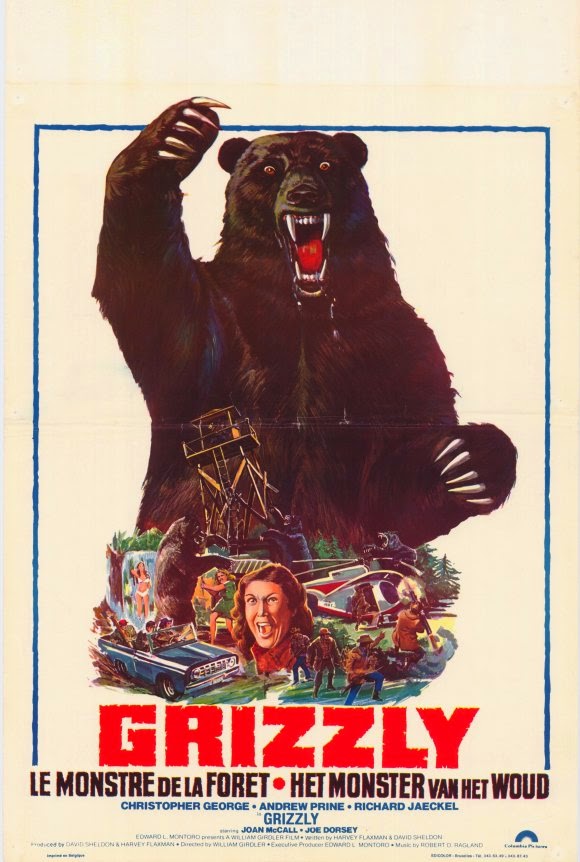 Repost with working links for the trailer and feature.

If you enjoy watching Christopher George chew the scenery and kick ass in his cinematic roles as much as I do, then 1976s Grizzly is worthy of at least a single viewing. Shot in Georgia and directed by William Girdler (Abby, Sheba Baby, Day of the Animals, The Manitou) Grizzly is one of several "animals on the attack" films that emerged after the blockbuster success of 1975s Jaws. 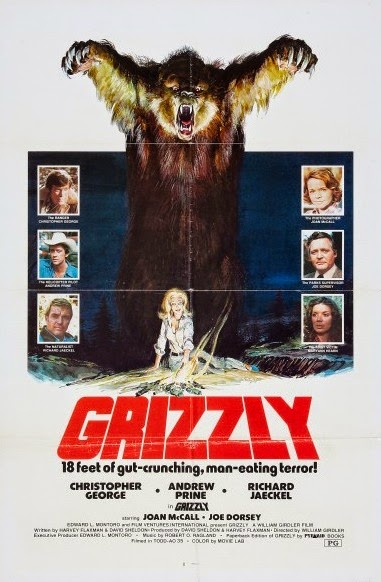 Posted by Scott (gotankgo) at 4:56 PM No comments: