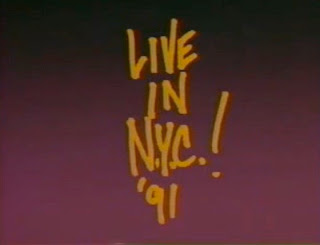 Filmed in 1991 at New York City venue The Ritz, this documentary features Agnostic Front, Sick of It All, and Gorilla Biscuits live on stage. Also included are interview segments with members of those three bands plus others such as Jimmy Gestapo from Murphy's Law and Harley Flanagan from the Cro-Mags.

Posted by Scott (gotankgo) at 1:59 PM No comments: 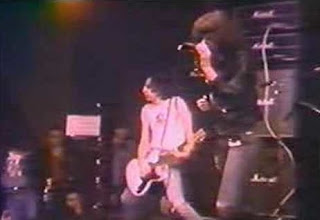 With footage from 1977, this documentary focuses on the CBGB punk rock scene with interviews and performances from The Ramones, Blondie, and the Dead Boys plus those around them; such as CBGB owner/Dead Boys manager Hilly Kristal. 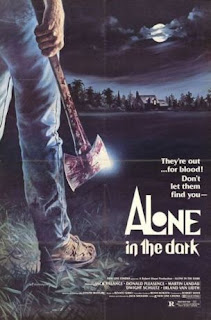 Directed by Jack Sholder, 1982s Alone in the Dark opens with a head scrambling nightmare and takes off running with an intelligently crafted horror show that will always remind me of vhs tapes and Fangoria magazine.

After their previous psychiatrist leaves for a position at another mental hospital, a foursome of patients start thinking their replacement Dr. Dan Potter (played by Dwight Schultz, Howling Mad on tv's A-Team) has killed the original doc and will soon be trying to do the same to themselves. This foursome is made up of some notable actors: Martin Landau as "Preacher" - an unstable pyromaniac, the very large Erland van Lidth as "Fatty" -  a child killer/molester, Jack Palance as Frank Hawkes - an insanely paranoid ex-POW, and Phillip Clark as the "Bleeder" - a shy homicidal maniac. An area wide blackout allows the four to escape the ward and make their way to Dr. Potter's home with violent intent. A wide eyed Donald Pleasence also rounds out the cast and chews the scenery, as the head of the hospital. 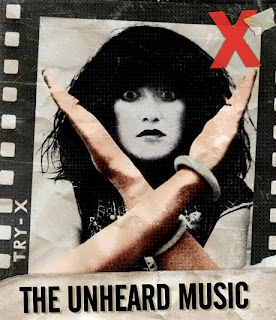 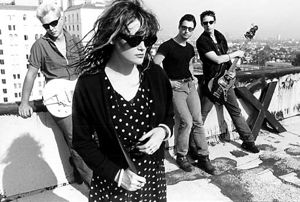 Filming took place from 1980 to 1985, chiefly around the Los Angeles area, documenting and interviewing the band X as well as the separate individuals involved. Great footage and music!

Songs in order of performance 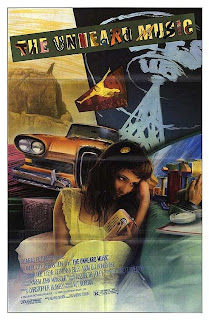 Posted by Scott (gotankgo) at 1:54 PM No comments: 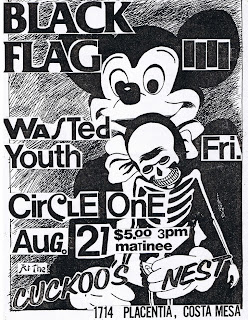 Urban Struggle: The Battle Of The Cuckoos Nest is a documentary focusing on Jerry Roach's music venue around the year 1981. Facing ongoing pressure from both a nearby "cowboy" bar and the police, the film includes interviews with hardcore punk fans and bands such as: Black Flag, the Circle Jerks, and T.S.O.L., who are also shown performing at the Cuckoos Nest.

Urban Struggle: The Battle of the Cuckoos Nest by YorkShackleton

Posted by Scott (gotankgo) at 8:44 PM No comments: