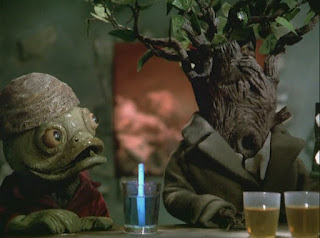 Presented here is Jan Balej's animated film Night In A City / Jedné Noci V Jednom Meste (2007) from the Czech Republic. Very little dialogue throughout, but instead a rich world of sounds and music which more than match the detailed animation and curious vignettes that create the film.

Posted by Scott (gotankgo) at 8:33 PM No comments: 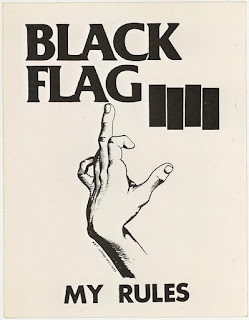 Dig on this footage of a truncated 1983 Black Flag show in an unconventional venue. Here's the description that was posted with the video:

"This is all the video available from this incredible BLACK FLAG performance at a garage party in 1983. The clip begins with a few moments from the song MY RULES then goes into DEPRESSION, SCREAM, NERVOUS BREAKDOWN, THIRSTY AND MISERABLE, and just the intro to SIX PACK.

The Black Flag lineup at this time had Ginn, Dukowki, Rollins, Stevenson, and coincedentaly the last performance with Dez Cadena on 2nd guitar. Contarary to even Rollins own memory, this party was not in Mike Muir's garage, but was in the garage of one of the Suicidal Tendencies roadies (Albert, his grandmas actually) in Culver City, West Los Angeles, California. Black Flag played this party in the middle of the day as a favor to then Suicidal manager and often Black Flag photographer Glen E. Friedman. The occasion was to attempt to get as many of the suicidal kids with their hand drawn shirts into one place so they could be photographed for ST's debut LP cover. Black Flag played a tremendous set, Suicidal followed and could barely get through one song due to the insanity of the rabid suicidal followers, it was a nice afternoon."