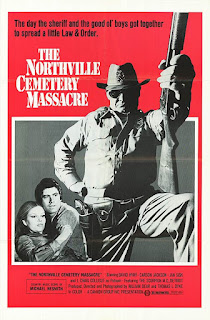 Even for the exploitation sub-genre of biker movies, 1976s Northville Cemetery Massacre is an odd one.

Initially filmed around Michigan locations during 1972, it took several more years to make it into theaters. Allegedly ex-Monkee Mike Nesmith provided not only songs for use on the soundtrack, but money to help finish the post-production. The film makers hired two actual Detroit area biker clubs, The Scorpions and The Road Agents, for the film which adds a dose of realism.

It was co-written and directed by then newcomers William Dear and Thomas L. Dyke. Dear would go on to a still flourishing career including shorts for Saturday Night Live in the early 80s and directing increasingly family friendly feature films such as: Timerider: The Adventure of Lyle Swann, Harry and the Hendersons, and Angels in the Outfield.

The bikers in Northville Cemetery Massacre play against type, even aiding an elderly couple with auto trouble in the first few minutes. But this doesn't gain them any favor with the local sheriff who promptly frames them for a rape which was committed by the cops and sets up wrong headed reprisals. Gritty, violent, and ultimately rather down beat the film delivers much for the modest budget.

Posted by Scott (gotankgo) at 9:48 PM No comments: 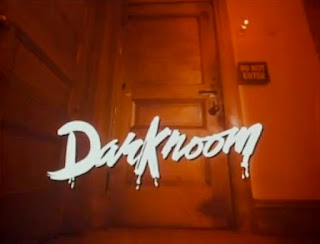 Hosted by James Coburn, Darkroom was a horror/fantasy anthology television series that ran from 1981 to 1982 on ABC. Some of the episodes created for the program were deemed too intense for broadcast television by the network, were subsequently beefed up with additional footage and released in 1983 as the film Nightmares. 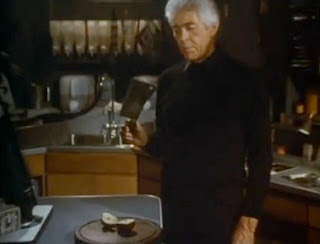 My favorite episode was first aired on December 11, 1981. There were two stories, the first Needlepoint, has to do with a grandmother using voodoo to extract revenge while the second Siege Of 31 August, concerns army toys coming to life and attacking.

Posted by Scott (gotankgo) at 9:58 PM No comments: 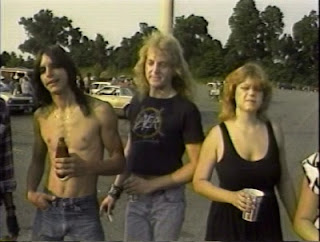 The year was 1986 and Judas Priest were touring in support of their recently released record Turbo. Created by John Heyn and Jeff Krulik, Heavy Metal Parking Lot documents the scene prior to a show on that tour at the Capital Centre in Landover, Maryland. 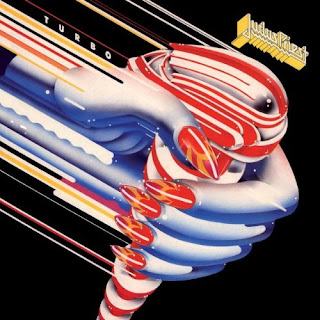