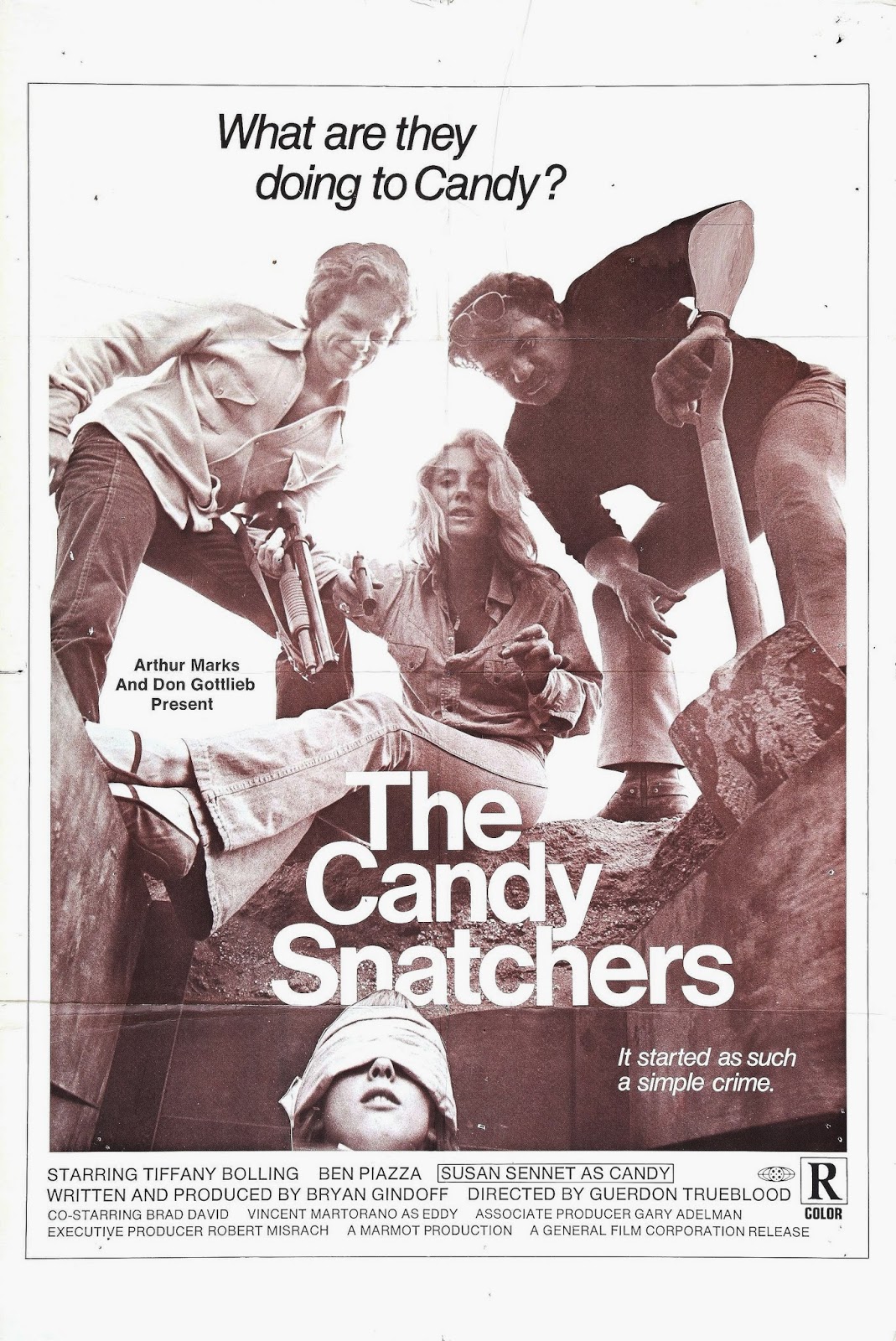 Released in 1973, The Candy Snatchers is a sleazy movie that follows a crew of three anti-social miscreants who hatch a plan to kidnap a teenage girl on her way home from Catholic school and then make a pile of loot by making her family pay a substantial ransom for her safe return. 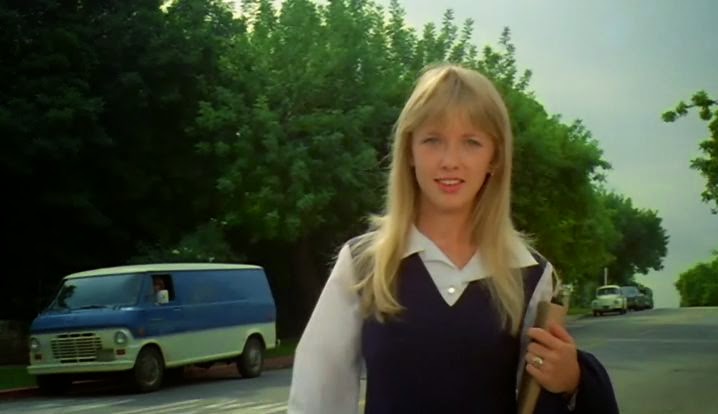 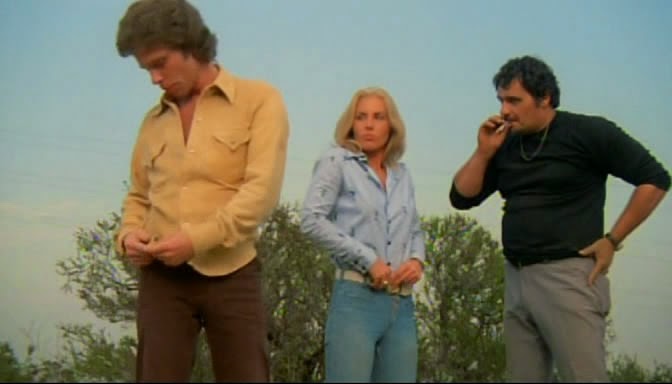 The initial scheme goes off well and in short order the girl is grabbed and buried alive in a field, with only a small tube providing her with air. An autistic and mute boy is a witness to the crime but due to his condition cannot communicate this to his parents. Things quickly go south as the kidnappers discover her step father is not the rich dude they assumed he was, in fact he is rooting for her demise since he stands to inherit money in that scenario. The gang fights among themselves as dread and desperation overtake them and eventually lead to a truly nihilistic conclusion. 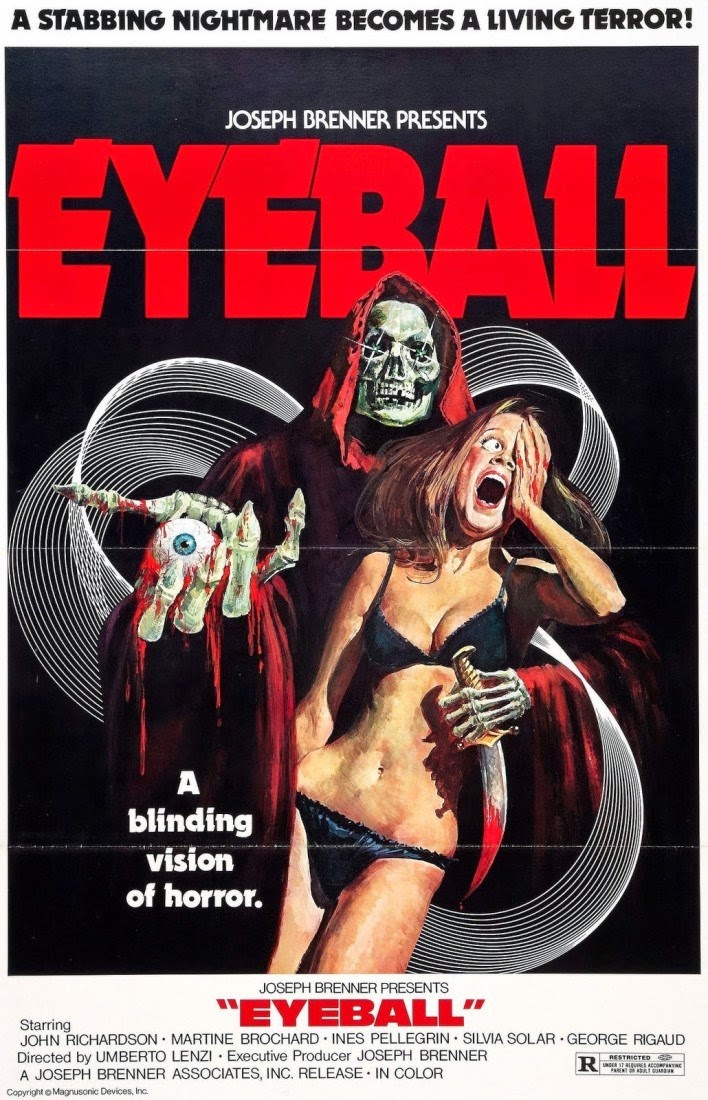 Umberto Lenzi's 1975 film Eyeball is a curious giallo/proto-slasher movie. Punctuated by a unknown killer, notably dressed in a red hooded raincoat and wearing red gloves, who not only slices and stabs the numerous victims among a tourist group visiting Barcelona, but also gouges out an eyeball as a finishing touch to each murder. Italian soundtrack favorite Bruno Nicolai adds to a threatening atmosphere with a well crafted score. 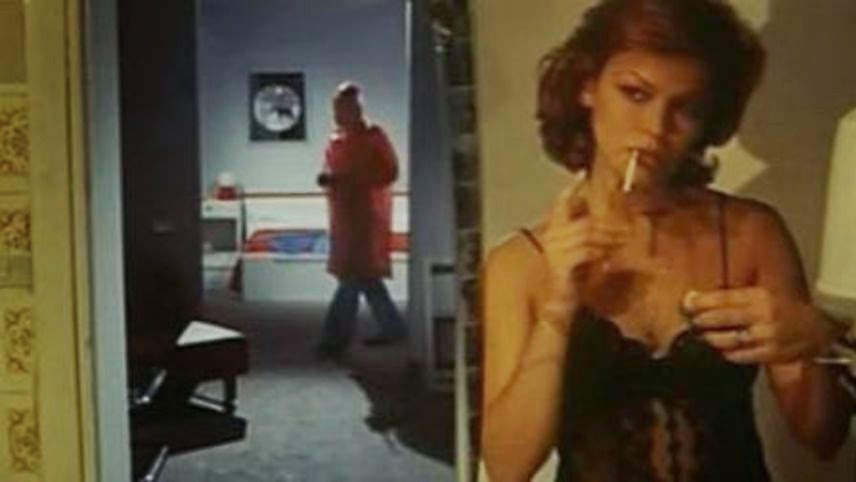 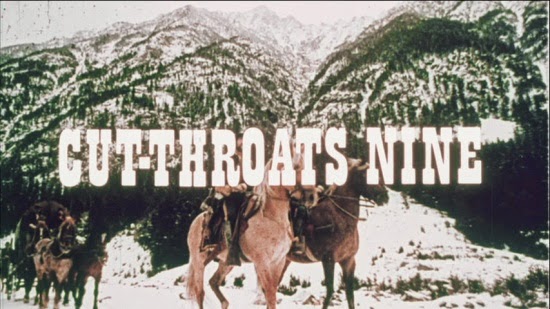 This grim and somewhat obscure Euro-Western from 1972 provided patrons with a terror mask upon admission to a showing, in case the on screen carnage proved too much to handle they could avert their gaze. Filmed entirely in Spain by director Joaquin Romero Marchent, Cut-Throats Nine shifts the action to the snowy mountain sides instead of the dusty desert local so often used as the backdrop for standard spaghetti westerns. 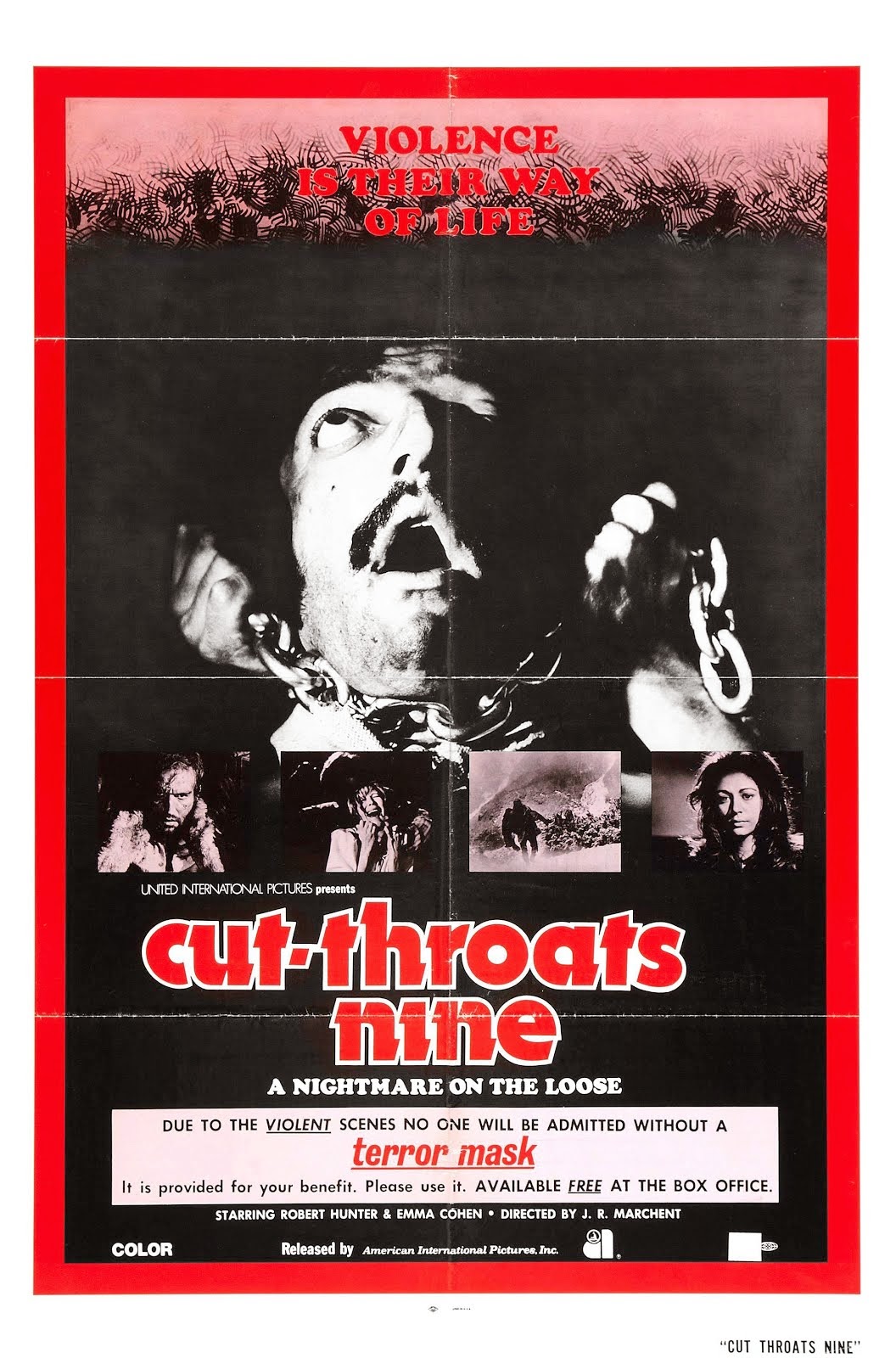 The story centers on Sgt. Brown, a tough hombre who has to transport seven severely nasty criminals from an active mine to Fort Green for sentencing/jail time. Also along for this ride is his daughter, Cathy, so the seven bad dudes (who are chained together for the voyage) plus the Sargent and his daughter make up the nine referenced in the films title. Further complicating matters, the Sargent eventually reveals to his daughter that he believes one of these seven reprobates was responsible for the rape and murder of her Mom, his wife. Shortly after the group leaves the mine, a gang of robbers over take the wagon in search of any gold being transported away from it's source. This violent confrontation leaves the wagon drive dead, the horses gone, and one of the group now sports a broken leg. Things go from very bad to worse quite quickly and the film has a few tricks up it's sleeve as well.


Extremely violent and gory for it's time, Cut-Throats Nine offers a tale of man versus man coupled with man versus nature that brings to mind the existential struggle of many a Werner Herzog film. Not easy to find, the film is presented below. 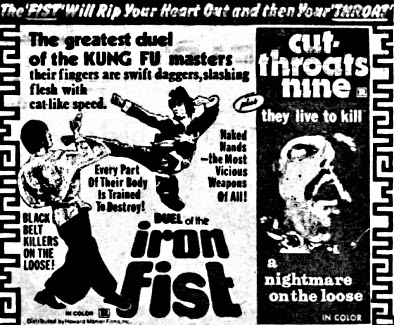 Posted by Scott (gotankgo) at 7:51 PM No comments: